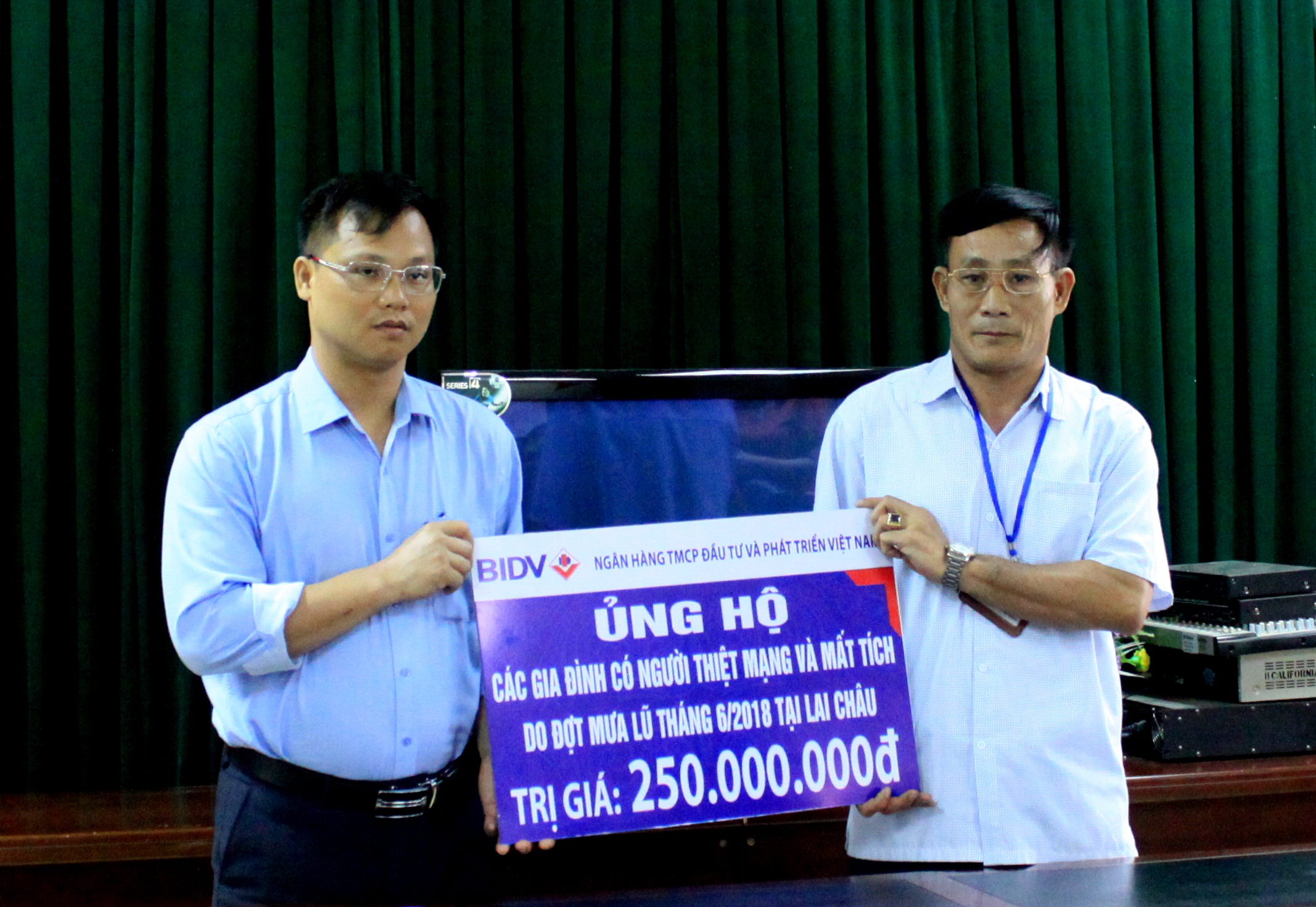 ​BIDV joined local authorities to provide emergency relief assistance to victims of flash floods in the northern provinces of Vietnam.

Flash floods and landslides triggered by torrential rains have killed 19 people, injured 12 and left 11 missing in the northern provinces of Lai Chau and Ha Giang. More than 120 houses had been swept away and over 700 hectares of rice fields have been damaged. The floods and landslides have caused destruction estimated at over VND440 billion (USD19.5 million), with Lai Chau being the worst hit province. The figures come from a report released on 27 June by the Central Steering Committee for Natural Disaster Prevention and Control.

To support people living in the affected areas, BIDV Trade Union encouraged employees across the whole bank system to provide emergency aid to families of victims in Lai Chau and Ha Giang provinces. Over VND350 million was raised.

BIDV has provided initial financial aid of VND10 million per person to families who have lost a loved one or have a missing family member.

On 27 June BIDV Lai Chau branch met with the Department of Labour – Invalids and Social Affairs (DOLISA) in Lai Chau province to offer financial assistance worth VND250 million to families of the victims to help them recover from the flood.

BIDV said it would continue to encourage its employees to donate to support the victims, in line with the plan of the Vietnam National Union of Bank Workers. The bank expressed its hope that the timely support and donations from its employees would contribute to ease the difficulties and damage caused by the flood.